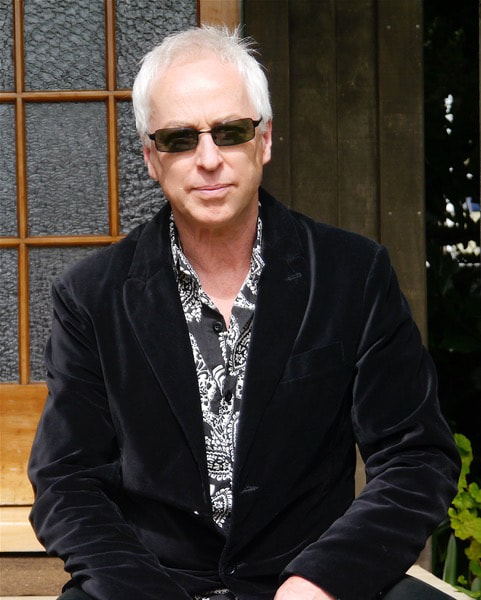 Eddie Rayner was one of the few original members of Split Enz to go the distance. This included endless touring, recording, demoing, jamming and did we mention touring. When the band came to an end in 1984 Eddie turned his many skills to developing a variety of new initiatives including the new entity The Makers with singer songwriter Brian Baker. Rayner and Baker had collaborated on the soundtrack to the Australian feature film Ricky & Pete which sparked the new collaboration.
Eddie also did studio session work in the UK with friend and former Roxy Music guitarist Phil Manzanera on his 801 album Listen Now. Producer Hugh Padgham, who had worked so successfully as producer on several Split Enz albums - also pulled Eddie in for sessions on the Paul McCartney album . . . Rayner later got Padgham to do the final mixes for The Makers.

In the mid 90’s Eddie dreamt up the concept of orchestrating the songs of Split Enz and realised that dream by arranging and recording a hit album with the Auckland Symphony Orchestra combined with the NZ National Youth Choir, conductor Peter Scholes and guest vocalists Tim Finn, Neil Finn, Dave Dobbyn and Annie Crummer. This album was followed by a sell-out national tour of Australia and New Zealand.

Eddie Rayner is by no means idyl. With his home studio base Eddie has been working away on a multitude of musical projects – producing artists and developing some intriguing collaborations.

With the ensemble Double Life Eddie has created a collection of imaginative instrumental works. Parts of those works have also been adapted and adapted for an exciting new project Eddie has developed with Tim Finn to be titled Forenzics.

Eddie Rayner is also working on a couple of other collaborative projects Another Life and Side Winder while the Forenzics album Shades and Echoes is due to be released globally by Warner Music in early 2022.