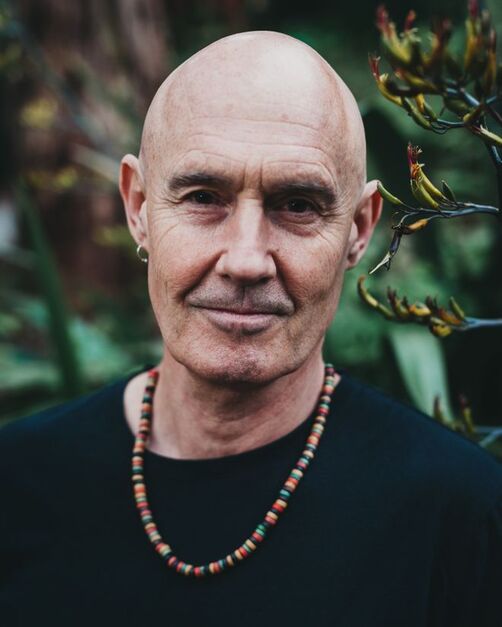 On January 1st 2021 Brian Baker emerged from NZ Managed Isolation Quarantine in Auckland to begin living back in NZ. He’s living happily on  a permaculture farm in Northland and has set up a recording studio there. New tracks are pouring out and there's a host of new local artists queuing up to record their songs and experience Brian's production and songwriting expertise.

After moving to Australia from New Zealand in 1980, he performed with many Australian bands, securing a Sony recording deal with The Ones in 1986 after signing a publishing deal with Rondor Music. Around this time he scored his first song placement on the second Un Canny X-Men album, “What you give is what you get”. After writing and recording top 20 single “Heart” with The Ones he went on to co write the score for the movie "Rikki and Pete" with Eddie Rayner from Split Enz.

Eddie and Brian continued to work together as "The Makers", releasing 2 CDs through Warner, East West label, including the hit single and video “Big Picture”. Together with drummer Michael Barker, they toured Australia and New Zealand with the B52's.

Brian has spent his life in the music industry, performing at countless shows and writing and recording songs and music at the highest level of his profession. He now offers that expertise through his studio, "The Bakery", producing videos and music for companies, and helping other artists with songwriting and production, (ie recording beautifully produced and recorded CD's, and/or industry ready demos for them).
He hasn't stopped writing and performing his music, and his CD, “Hard Light” features Eddie on keyboards, some of which was recorded in at Neil Finns Roundhead Studios in Auckland. Eddie is a constant sounding board and mentor for Brian's music, contributing piano on his single "In Our Backyard" among other bitz and pieces.

Brian teamed back up with Eddie Rayner to create some live music together, performing at the Wiaheke Island International Jazz Festival in New Zealand in April 2012.

Live, Brian performs some of the great songs he's written, including "Nothing Comes Easy" which is being covered by Australian country artist Graeme Connors on his record “Kindred Spirits”, Graeme’s recording of his favourite Australian songwriters.

His recording studio, affectionately known as "The Bakery", is pumping out music, most recently the soundtrack for the TV Show "Inside Art" and Brian has also produced Michelle Chandler's latest CD, "Unravelling" , Cathy Dobson's CD and Ethan Farmer's new recordings, all receiving major airplay around the world.

Brian offers his expertise from his recording studio “The Bakery Recording Studio New Zealand”, producing other artists, co-writing and assisting with songwriting and recording. Brian is proudly signed to Origin Music. He still works with Eddie and is continuing to find creative peaks, releasing great new songs regularly.

Download some of Brian's tracks and experience for yourself what a great singer/songwriter this artist has grown to become.

NEW!!! 'I Won't Back Down' ⬇️
More videos - Youtube.com/@BrianBakerBBB