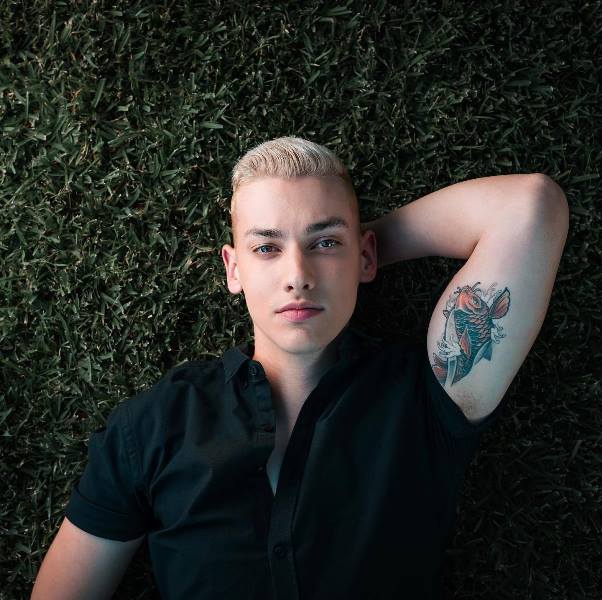 With four critically acclaimed, ARIA chart topping studio albums and five #1 radio singles to his name, 2022 Golden Guitar winner Angus Gill is one of the most exciting and prodigious acts on the Australian Country Music scene. A musical chameleon, a gifted producer, a songwriter’s songwriter and a consummate performer with a natural, dry sense of humour, Gill is one of the youngest Australians to have performed on the Grand Ole Opry in Nashville, TN.

Gill’s fourth studio album The Scrapbook has received critical acclaim in both Australia and the US, as well as producing 3 hit singles The Scrapbook, Always on the Run and Whittling Away, featuring multiple Grammy winning bluegrass icon Jim Lauderdale. The album reached #1 on both the ARIA Australian Country Albums Chart and the AIR 100% Independent Albums Chart, as well as debuting at #19 on the ARIA Top 50 Albums Charts.

Rhythms Magazine declared The Scrapbook, “one of the most authentic bluegrass albums ever recorded in Australia.” US publication Mother Church Pew said, “With The Scrapbook, Gill’s plethora of talents are in the spotlight; he amply proves he’s not only a prodigious creator, but a gifted storyteller that puts his heart on the line in every turn of phrase.”

Gill has been delighting audiences with his distinctive voice, razor sharp wit and thoughtful, carefully crafted songs for over 15 years. In addition to The Scrapbook, he has released 2 solo albums Nomad & Welcome To My Heart, as well as 3 Minute Movies, a collaboration record with the members of Paul Kelly’s band, dubbed as Seasons of Change. Gill was nominated for an ARIA Award for his work with Melbourne comedy legend Bev Killick in 2020 and won his first Golden Guitar Award in 2022 for Bush Ballad of the Year, for his song The Easy Way, co-written with Manfred Vijars.

The Wauchope wunderkind has supported US Country Music superstar Kris Kristofferson and collaborated with music legends including Steve Earle, Jim Lauderdale, Charles Esten, Jerry Salley, James Blundell, Gina Jeffreys, Diesel, Adam Harvey and many more. He has also had in excess of 25 songs recorded by other artists in the last year, including a cut Darwin Nights on Adam Harvey’s Golden Guitar winning album Songs From Highway One. He also co-wrote and produced the sound track for the Sydney Royal Easter Show 2021, featuring performances from Bec Lavelle, James Blundell and Lindsay Waddington.

“Gill’s songcraft betrays a precocity that blooms” – The Australian

“Angus is one of the most creative and talented people I’ve ever worked with. It was an honor to get to write with and sing with him. I hope we can do much more down the road!” – Jim Lauderdale (Multiple Grammy Winning Singer/Songwriter & Americana Icon).

“Angus Gill is a brilliant young singer/songwriter and if you want to be throughly entertained, you’ll go and see his show.” – Ray Hadley OAM (Legendary Radio Broadcaster 2GB).

“Angus Gill is easily one of the most talented and hardest working young men in the music business – anywhere! – Jerry Salley (Grammy Winning Singer/Songwriter & Producer).

“A young songsmith at the peak of his formidable powers.” – Country Update Magazine