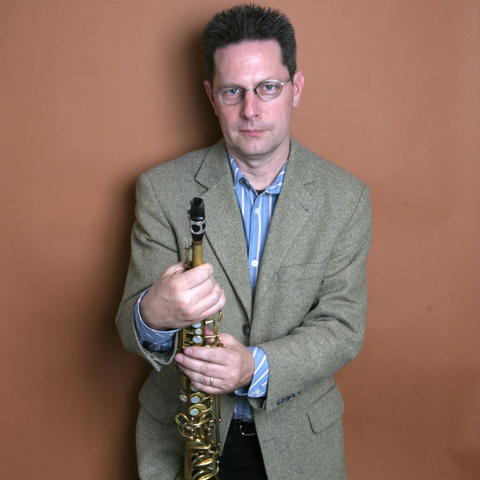 Phillip Johnston is a saxophonist, composer and arranger of both jazz and new music, Phillip has been a significant figure in the underground music scene of New York’s downtown since the beginning of the 1980s. He has composed extensively for film including Paul Mazursky’s Faithful, Philip Haas’ The Music of Chance and Money Man, Doris Dörrie’s Paradise and Geld, Stolen Life by Peter Rasmussen & Jackie Turnure (which won a New York Machinima Award for Best Music Score), Noise by Henry Bean, and Kathryn Millard’s Shock Room which won the 2015 Antenna Documentary Film Festival Award for Best Australian Documentary. He has also written for silent film, including Tod Browning’s The Unknown, The George Méliès Project, Teinosuke Kinugasa’s Page Of Madness, F.W. Murnau’s Faust and Lotte Reiniger’s The Adventures of Prince Achmed.

His multimedia collaboration Wordless! with graphic artist Art Spiegelman [Maus], commissioned by the Sydney Opera House’s Graphic Festival, premiered in Sydney in 2013, and subsequently has toured to the Barbican in London, as well as Paris, Buenos Aires and a 10-city tour of the United States.

His theatre composition credits include Measure For Measure, War Of The Roses, The Comedy Of Errors, The Merchant Of Venice and Macbeth for Bell Shakespeare; Venus with Suzan-Lori Parks, The Anatomy Lesson of Dr. Ruysch and The Falls with Hilary Bell, and Drawn To Death: A Three Panel Opera with Art Spiegelman. Dance credits include Karole Armitage’s The Predators’ Ball and Keely Garfield’s Minor Repairs Necessary, for which he won a ‘Bessie’ in 1999. His opera with MacArthur Genius Award winner Richard Foreman, Young Goodman Brown, was produced at LaMaMa ETC in New York to rave reviews in the New York Times, Village Voice et al.

Throughout, he has maintained a parallel career as a saxophonist, both working with others and leading his own bands. During the 1980s he led the Microscopic Septet, and in the 1990s he led Big Trouble and The Transparent Quartet. He has toured internationally with the seven-piece Fast ‘N’ Bulbous: The Captain Beefheart Project, featuring Gary Lucas, in duo with accordionist Guy Klucevsek and with The Microscopic Septet. He currently performs in Australia with Phillip Johnston & the Coolerators (with Lloyd Swanton, Alister Spence and Nic Cecire), The Greasy Chicken Orchestra, which performs his arrangements of jazz of the 1920s and 1930s, and Playing with Monk, with pianist Peter Dasent. He performs regularly in New York with The Silent Six and others.

His original scores for silent film have been performed in Australia at the Sydney Opera House, the Melbourne Festival, the Revelation Perth Film Festival and the Sydney Film Festival. In March of 2015 he was featured in residence at John Zorn’s music venue in New York, The Stone, performing 12 gigs with 12 different ensembles over a one-week period. Phillip’s recent recordings include Been Up So Long It Looks Like Down To Me: The Micros Play The Blues (Cuneiform), with the Microscopic Septet, Diggin’ Bones, with Phillip Johnston & the Coolerators and The Adventures of Prince Achmed. Upcoming projects include the premiere of Puffs of Smoke: Australian silent film shorts, music for Christmas Carol at the Ensemble with playwright Hilary Bell and actor John Bell, a new recording with The Greasy Chicken Orchestra and gigs in New York and Australia.