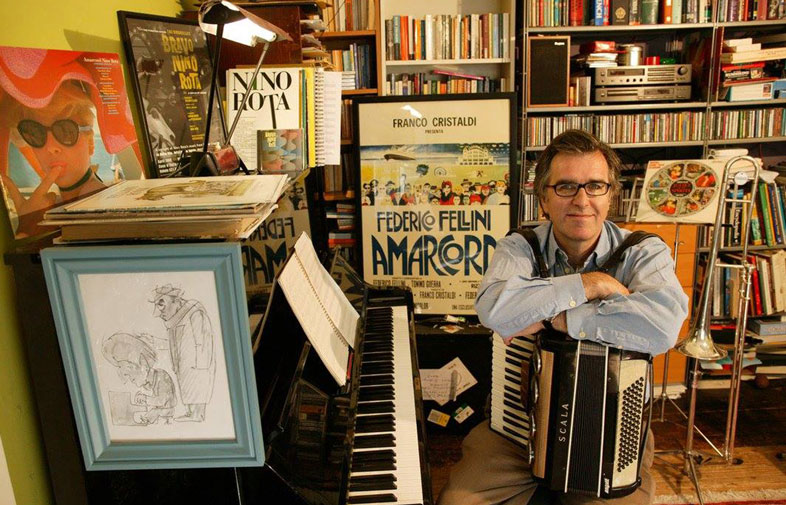 Peter Dasent is a composer, songwriter, pianist and music arranger/director.

Peter Dasent has composed for TV documentaries, and written soundtracks for early Peter Jackson movies like Meet The Feebles and Heavenly Creatures, which starred a very young Kate Winslet. But if you think you’ve got him pegged as some kind of twisted horror composer, Peter has played piano for the long-running ABC-TV children’s show Play School since 2000, co-writing most of the songs on four cds for presenter Justine Clarke.

Peter was born in Wellington, New Zealand in 1954 and learned piano from age 8, discovering the Beatles and other classic sixties pop groups and the music of his father’s collection of jazz 78’s along the way. In 1981 Peter moved to Sydney, where he studied for the Associate Diploma in Jazz Studies at the NSW Conservatorium of Music . Encouraged by then course director Don Burrows, Peter formed The Umbrellas in 1985. The band released three albums between 1986 and 1991, and from 1992-2002 toured for the Musica Viva In Schools program, performing throughout NSW and on tours to Fiji and Singapore.

His involvement in children’s music began in 2000 with The Underwatermelon Man, a book of absurd poems by Fane Flaws and Arthur Baysting, illustrated by Fane, and set to music by Fane and Peter for an accompanying CD. Singers included Neil and Tim Finn, Renee Geyer, Don McGlashan, Bic Runga, Dave Dobbyn and Jenny Morris.

In 2003 Peter was awarded a Churchill Fellowship to research his long-time interest in the music Italian composer Nino Rota wrote for the films of Federico Fellini. He travelled to the US to meet the composer’s daughter and to Italy where he was given access to the Rota archive at the Fondazione Cini in Venice.

In 2013, Peter recorded a CD of original music for solo piano at the legendary Abbey Road Studio in London. “Songs For Solo Piano” which was then released in 2015. The Umbrellas released their first album of original music in 20 years “Lounge Suite Tango” in 2015, and in 2016 “Bravo Nino Rota” was re-released with a new cover and booklet.