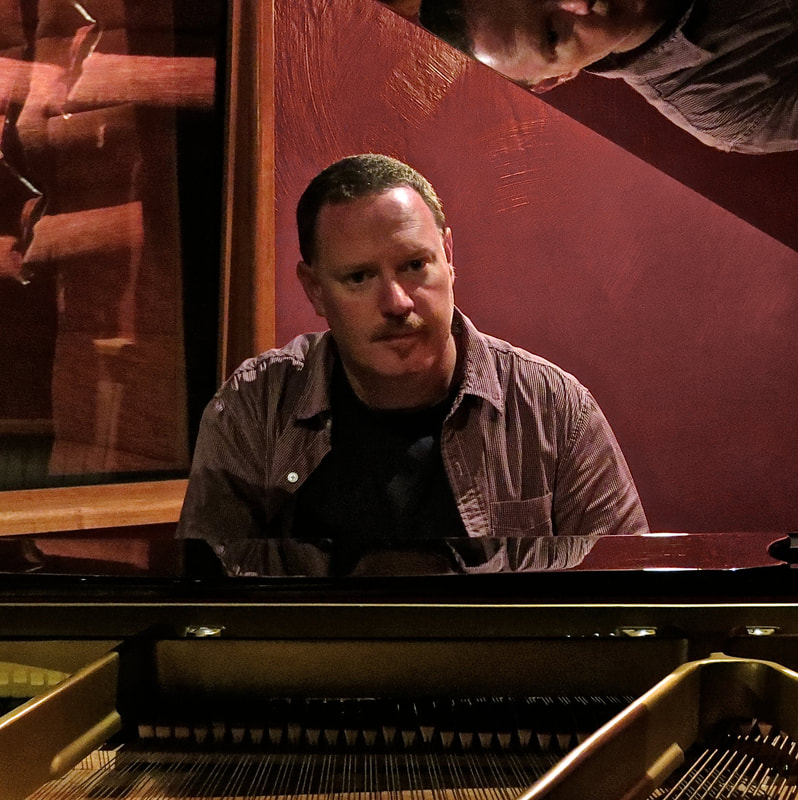 Matt McMahon is a Sydney-based pianist/composer who has been actively performing and recording music since 1993. His accomplishments include winning the National Jazz Award (Wangaratta 1999), the Freedman Jazz Fellowship (2005), and he has appeared on several ARIA and Bell award-winning albums.

Matt released his debut album “Paths and Streams” (2006) to critical acclaim, and his trio album “Ellipsis” in 2007. “The Voyage of Mary and William”, a solo piano album, came out in 2015. He co-leads the Band of Five Names with Simon Barker and Phil Slater. His compositions appear on film, Television and many albums – he is regularly commissioned to produce new work.

He has performed in the groups of some of Australia’s most distinguished jazz musicians – Dale Barlow, Bernie McGann, David Theak, Jonathan Zwartz, Steve Hunter, Jamie Oehlers, Simon Barker, Andrea Keller, Sandy Evans, Carl Dewhurst, and Phil Slater etc. With these musicians, and others, he appears on over ninety albums – including three as a leader, and seven as a co-leader. Matt has performed with many visiting artists on their Australian tours including Wynton Marsalis, Bobby Previte, Greg Osby, Bob Hurst, Aaron Goldberg, Joe Lovano and Mary Coughlan.

Notably Matt is Vince Jones’ pianist/musical director and has been performing, touring, co-writing and recording with Vince since 2000. He has also collaborated with many other musicians such as Katie Noonan, Darren Percival, Emma Pask, Kristin Beradi, Virna Sanzone, Jackie Orszaczky, and Tina Harrod.

Matt is also a radio broadcaster at Eastside Radio 89.7FM where he has presented his weekly jazz program “Blow” for over twenty years. He also teaches at the Sydney Conservatorium of Music.