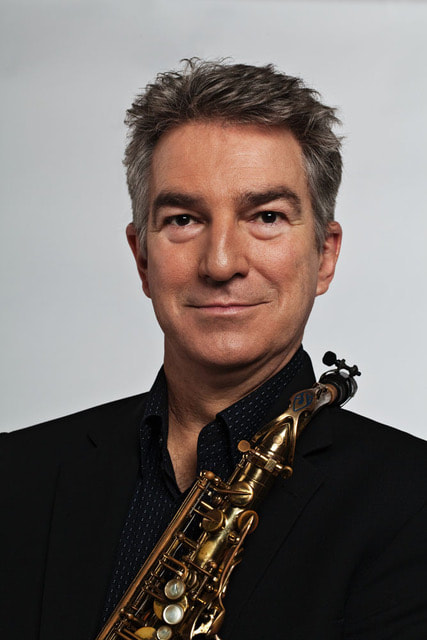 Mark Dennison has had a long and varied career including playing sax in bands GANGgajang, Australian Crawl, the Eurogliders and with artists Darryl Braithwaite, Jimmy Barnes, Ross Wilson and John Farnham (5 years).
Mark was also a founding member of The Dukes with their debut album Harbour City featuring three top 10 Australian singles.

Mark is a creator and writer/composer of ‘Jammin’, an educational, interactive play-along for brass and woodwind students interested in pop and jazz. The success of Jammin’ led to writing and producing music for TV and film, both in Australia and New Zealand. A recent teaming with Mika X resulted in Mark producing the music for New Zealand film ‘GURL’ which won Best Original Soundtrack at the 2021 New York Indie Film Awards.

With a day gig of Musical Director on long running TVNZ series New Zealand’s Got Talent and Stars in Their Eyes, Mark found time to write a popular kid’s rap/pop musical, ‘Pete The Barefoot Postman’, and collaborate with comedian Steve Wrigley on ‘Kevin the Musical’ which had seasons in Auckland, Wellington and New York. Mark’s latest musical – currently in development – is based on the life of New Zealand exotic dancer and gay icon ‘Freda Stark’, and celebrated a sold-out festival run early in 2021.

In collaboration with Eddie Rayner, Mark has developed a range of original new repertoire as part of the Double Life ensemble. A selection of these works has been further developed with Tim Finn as part of the ForENZics album project (due early 2022). Mark has also continue to collaborate with Eddie on ENZSO (the music of Split Enz with the New Zealand Symphony Orchestra) with a re-release of the original albums and a broad range of live performing of the works planned in 2022.