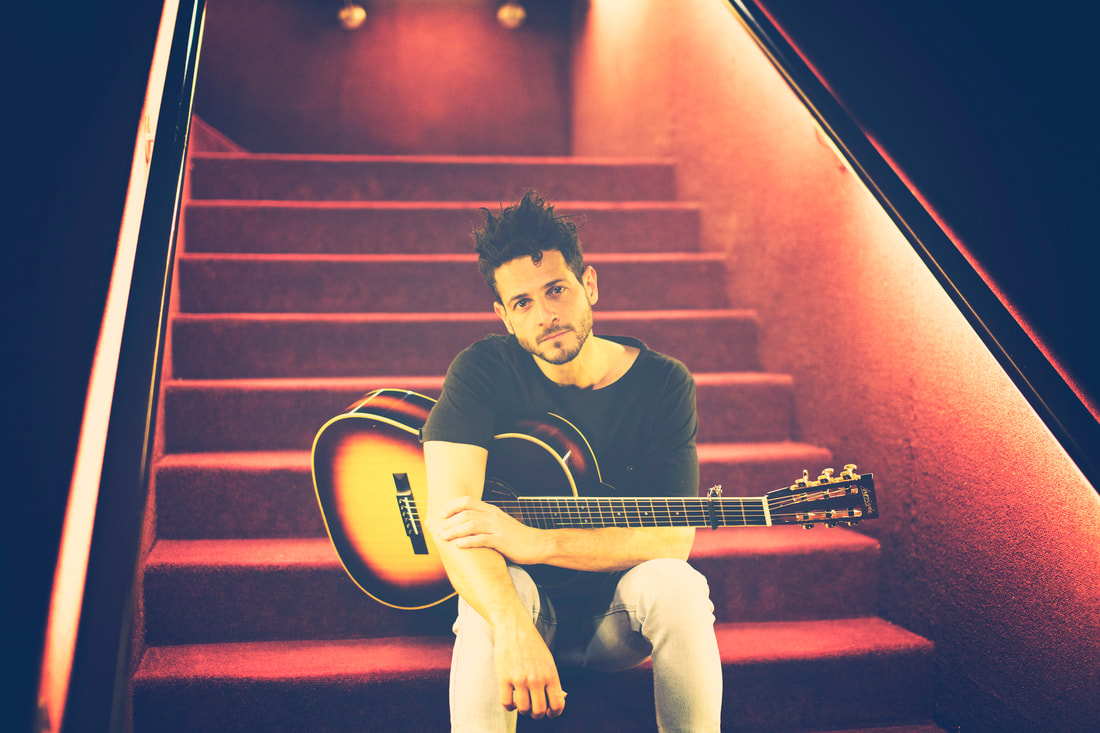 Lior is one of Australia’s most successful singer-songwriters, renowned for his beautiful voice and songs that radiate truth and sincerity. Lior burst on to the Australian music scene in 2005 with his stunning debut album – ‘Autumn Flow’. Recorded and released entirely independently, and spearheaded by the much loved and timeless opening track ‘This Old Love’. Subsequent singles ‘Daniel’ and the title track ‘Autumn Flow’ both secured high rotation airplay via the national broadcaster Triple J, and further cemented this album into the hearts of the Australian public.
Lior’s sophomore album – ‘Corner of an Endless Road’ – released in 2008, followed on where ‘Autumn Flow’ left and was a huge success, debuting at #2 on the Australian Albums chart and topping the Independent charts for several weeks. The album gave a greater indication of Lior’s rich cultural background with a number of tracks featuring Middle Eastern influences. Lior picked up another 2 ARIA nominations including Best Independent Release. The release was followed by a string of sold out national tours, including the hugely successful ‘Shadows and Light’ tour – a stunning collaboration with live performance shadow artistry built specifically to Lior’s music. The tour showcased at the Sydney Opera House to wide critical acclaim and went on to perform a season at The Sydney Theatre Company.
Lior has toured extensively both in Australia and internationally and has been a regular performer at WOMAD and art festivals around the world, including an entire season at the Edinburgh Festival. Alongside his own tours, Lior has also toured in collaboration with artists such as Melbourne vocal group ‘Invenio’ headed by Gian Slater, as well as several visual artists, string quartets and full orchestras nationally.
In 2013, Lior collaborated with renowned composer Nigel Westlake in writing a song cycle for voice and orchestra titled ‘Compassion’ consisting of original melodies and orchestration set to ancient Hebrew and Arabic texts centred on the idea of compassion. A recording of ‘Compassion’ was released in 2014 and went to #1 on both the Classical as well as Classical / Crossover charts. Lior and Nigel went on to win the ARIA for “Best Classical Album” in 2014. In 2016, Lior premiered ‘Compassion’ in the US with the Austin Symphony Orchestra, performing over two nights at the Long Center, Austin Texas. The work was received with standing ovations and rave reviews. Lior also won the Austin Table Critics’ Award for ‘Best Symphonic Performance of 2015-16’ alongside the Austin Symphony for this performance.

Throughout 2017, Lior performed a series of concerts in collaboration with Paul Grabowsky. The shows consisted of interpretations and adaptations of a cross section of Lior’s catalogue that Lior and Paul have worked up for piano and voice.

In late 2018, Lior released his fifth studio album – ‘Between You and Me’. The first single ‘Real Love’ featured a video clip which Lior worked on in collaboration with the Bangarra Dance Company. Lior followed up the release of the album with an extensive tour throughout Australia and Europe, culminating in a show together with the Australian Youth Orchestra at the Seymour Centre in Sydney.

2019 saw a wide range of performances for Lior, including a featured presentation of ‘Compassion’ with the Tasmanian Symphony Orchestra as part of the ‘Ten Days on the Island’ Festival. He was also invited to return to Austin, US in November of 2019 to perform ‘Compassion’ with the Austin Symphony Orchestra. In August 2019, Lior was invited by the Australian Chamber Orchestra to be the featured vocalist as part of their  ‘Luminous’ concert series - a collaboration with photographer Bill Henson. ‘Luminous’ toured nationally in Australia and featured a performance at the Barbican in London. That year, Lior also composed ‘Forever Singing Winter Into Spring’ - an orchestral / electronic song cycle together with composer Adrian Vincent as part of the Melbourne Symphony Orchestra’s 2019 ‘Metropolis New Music Festival’ which he performed together with the MSO at the Melbourne Recital Hall.
Lior formed a new band with musicians, Nadav Kahn and Tony Buchen called AIR LAND SEA. Written and recorded across bush land, desert-scape and Hollywood.
In 2019, Lior was awarded the Sidney Myer Creative Fellowship for ‘outstanding talent and exceptional courage’, one of only nine artists nationally across all art-forms to receive the award.