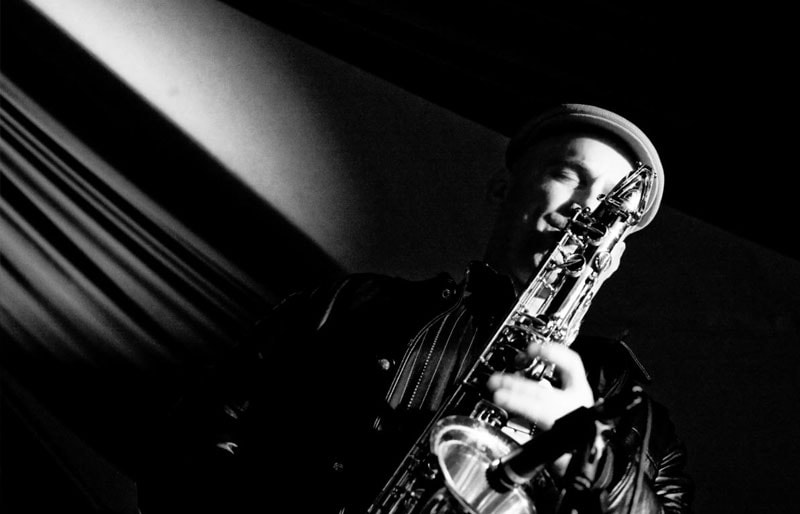 New Zealand based saxophonist and composer Tim Hopkins has had a diverse career releasing original albums recorded in Australia as well as NZ.

His debut album in 1993 Good Heavens coincided with winning the National Jazz Award at the Wangaratta Festival of Jazz in Australia. By the end of the 1990s he had recorded another four CDs, toured South East Asia, Canada and Europe and performed at jazz festivals in Montreal, Melbourne, Waiheke and Wellington.

In 1999, on an Australia Arts Council grant, he studied with saxophonist George Garzone in New York City. Whilst there, he played with Jim Black and Seamus Blake, and wrote, arranged and performed with an ensemble called Phydia featuring a string quartet with a standard jazz quartet line up.

In 2000, Hopkins moved back to New Zealand and began recording and compiling his 6th solo CD Hear Now After. The first single Loophole features TV presenter Russell Harrison on vocals, rapper King Kapisi, percussionist Miguel Fuentes and Hopkins on an assortment of instruments. Loophole was included on a NZ On Air compilation disc and features a black and white video directed by the NZ Independent Film Company.

Hopkins helped to start the Heineken Green Room Sessions in New Zealand with DJ Clarke and The Gordon Bennett Project. GBP have also played at the Heineken Open, headlined in Malaysia and Singapore at several big events and released a double CD recorded at Millton Vineyards & Winery in Gisborne.

Hear Now After, which was released in March 2008, features many of the musicians listed above and other players from New Zealand and Australia, including appearances by drummer Tony Hopkins, Mike Nock, Max Stowers, Dixon Nacey, Aaron Coddel, Jonathan Zwartz and Sean Wayland.
Tim later released the album ‘Seven’ in 2011, Dixon Nacey (guitar) and John Rae (drums) shine in this setting, and the inclusion of Richard Nunns (taonga puoro) on Road From Perdition and The Sleeping Giants is inspired.