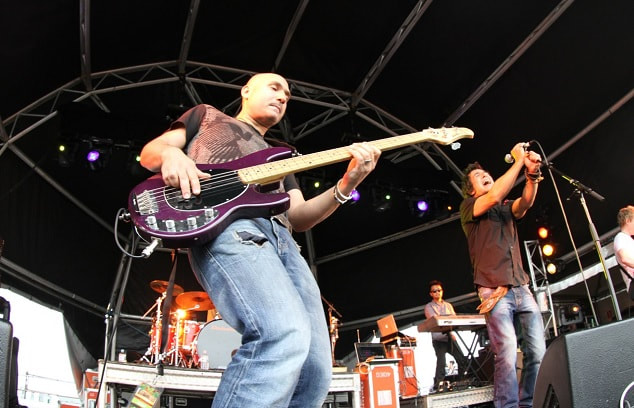 In 2004 Simon joined the band Jeapster which later became KisTone, concentrating on North America, he co-wrote and recorded several E.P’s and 2 full albums in 4 years. The result was national radio airplay and song placements on prime time TV and feature film.

Since then, Simon has toured with Martika, Boz Scaggs, Michael McDonald, Belinda Carlisle,  Midge Ure, and has been the Bass player\songwriter with iconic band 1927, who have enjoyed a successful comeback with a return to the charts and tours with Roxette, Simple Minds and John Farnham.

Simon has also recently enjoyed chart success as songwriter of Jane Denham’s No1 country hit ‘Beyond These City Lights’ and Darryl Braithwaite’s comeback single  ‘Not Too Late’.

Combining a passion for story telling, philosophy and humanity, Simon uses his powerful and unique voice as the brush and emotive thoughtful lyrics as the colours, to create musical paintings of his experience of the world.