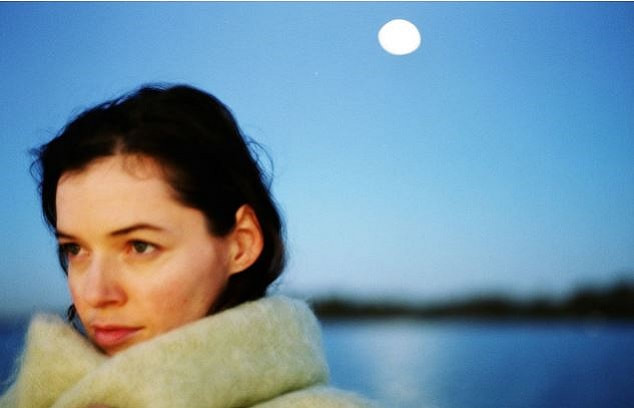 Lucinda Peters is clearly out of the ordinary. After all, jazz artists seldom explode like star-bursts upon an unsuspecting audience. Rather they tend to rise steadily in stature, gradually gaining experience and finding what it is they want to express. No one seems to have told Lucinda that. She seemed to suddenly arrive on the Sydney jazz scene only a couple of years ago, immediately lighting it up with her sensual, stop-you-dead-in-your-tracks voice and unassuming yet utterly captivating stage presence.

Before she had an album to her name, or had played any bigger gigs than restaurants and bars, she was put on the cover of The Sydney Morning Herald’s “Metro” entertainment guide. Who else has managed that? She was there because the total package is so remarkable: her voice, her presence, her double-bass playing and songs that are worthy of having been written by much more mature and famed composers.

Of course she didn’t burst out of a vacuum. She grew up in a musical family in Adelaide, surrounded by the sounds of violin, cello, harp, piano, organ, and recorders. Lucinda began learning the piano at the age of five, then classical guitar at six.

Fifteen years of studying classical guitar gave her the background to be able to pick up the double-bass with relative ease, in it finding a highly unusual backing for her singing, which became her true, overriding passion.

Through the mid-1990s she sang and played bass with the Aboriginal group, Mixed Relations Band, which took her all around Australia, as well as to New Zealand, Norfolk Island, America and England.

She then settled on jazz as the medium, which allowed her the greatest freedom of expression. “How can all that knowledge that’s been laid before you like a carpet be a limitation?” she asked the Herald’s jazz writer, John Shand. “It’s a foundation to rest on.”

She described the inspiration of the artists she most admired – Ella Fitzgerald, Edith Piaf and Sarah Vaughan, among others – as giving her “permission to be myself”. “When I’ve been really inspired by a performer it’s because they have really opened to the audience, and really given something of who they are,” she observed.

With that ability to give so much to the listener, there was no holding Lucinda back. She soon attracted the support of that famed national treasure and jazz icon, Don Burrows. With Don’s advice and encouragement she planned her first album, the tender and euphoric “Lucinda – show me the way to your heart”. For this stunning debut she has attracted the talents of the cream of the Australian jazz scene, including pianists Kevin Hunt and Sean Wayland, guitarist James Muller, vibraphonist Daryl Pratt and drummers Simon Barker and Nick McBride, as well as the inimitable Burrows himself.

But as exceptional as the musical company she keeps is, the real stars of the album are Lucinda’s delightful songs and her impossibly pure voice. “Singing is something that I couldn’t not do,” she says. The rest of us should be glad.