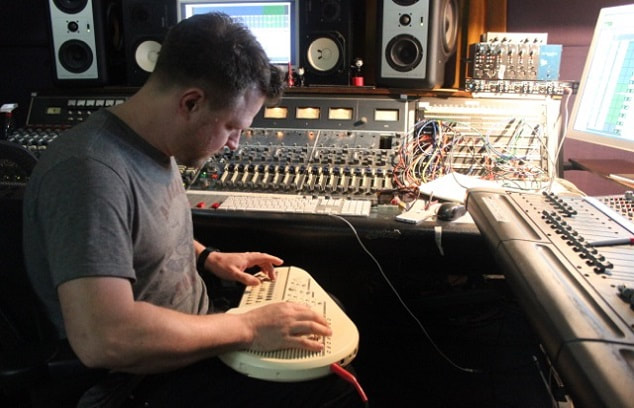 Lachlan Carrick has been recording, mixing and mastering records for the past 20 years. For most of the past decade, he’s worked primarily with Francois Tetaz at Franc’s studio Moose Mastering in Melbourne. With extensive knowledge and experience in engineering, mixing, mastering, live mixing, producing and arranging, Lachlan can be seen as a dynamic asset to the music industry.

Currently the FOH engineer for Gotye, Lachlan has worked on 2 of his world tours and as an engineer on the Grammy Award Winning album ‘Making Mirrors’, which also reached #1 on the ARIA album charts.

Several records he’s worked on have won ARIA awards, including CW Stoneking’s ‘Jungle Blues’, Bertie Blackman’s ‘Secrets & Lies’, Gotye’s ‘Mixed Blood’, and Elixir’s ‘First Seed Ripening’. He has remastered 4 albums by The Triffids for Domino Records in the UK, as well as releases for artists including Architecture In Helsinki, Lior, The Living End, Whitley, and many more.

Most recently, Lachlan mastered Gretta Ray’s release ‘Towers’, Jake Mason Trio’s album ‘The Stranger in the Mirror’ and produced the song ‘Arrows’ on Missy Higgins latest album ‘The Special Ones (Best of)’.
​
www.lachlan-carrick.com