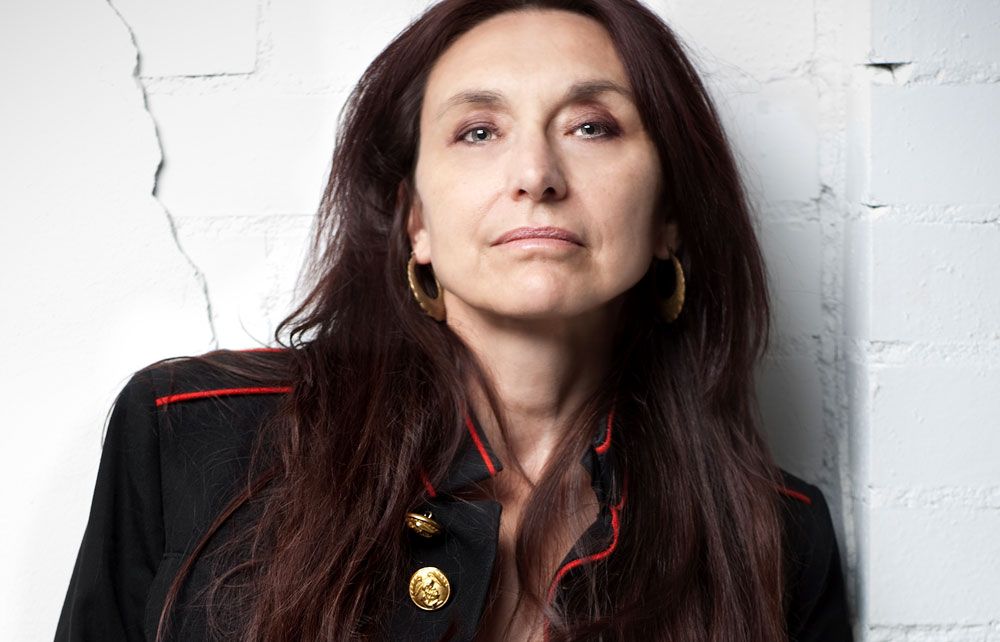 “Kerri Simpson sings the Blues like Kerri Simpson, not imitating but initiating, singing from the heart. Whatever genre of music Kerri places her vocal abilities in, she mixes all she’s absorbed in her life and musical experiences and develops her own unique sound which comes straight from her soul.” Paul Parello, Radio WRMN Chicago

Few singers anywhere have so successfully traversed musical genres as Kerri Simpson. The woman dubbed as “Australia’s own Blues diva” by Bruce Elder of the Sydney Morning Herald has made herself a home in a myriad of genres. This led MHS critic Lee Howard to write of her commanding vocal abilities “Kerri Simpson could sing the phone book and knock an audience out!”

Renowned for her ability to effortlessly own whatever genre she cares to inhabit Simpson decided to return to her RnB roots in 2014 releasing 4am on Belmar Records. The third album in the “Knockin’ at the Backdoor” series. The album of nine original tracks is tied together by the musicians’ mutual love of New Orleans music, their shared playing experiences in the Crescent City. There are no fancy studio tricks, just glorious Lofi.

The Belmar Playboys’ collective wealth of experience bursts through every track on this album. Rambunctious guitar solos from Dai Jones and Shannon Bourne, sensuous tenor sax from Dean Hilson, solid Crescent City synchronicity from Andrew Ogburn, all held together by the the groove masters Mark Grunden and Steve Purcell in the rhythm section. Simpson honed her writing, arrangement and production skills working on the “Knockin’ at the Backdoor” series by recording over 40 tracks in various genres for future release at Thirty Mill studios. She is also a dab hand at composing tunes in diverse genres and on Fortune Favoured Me, as with previous releases, she collaborates with a stellar line up of musicians.


Crossing over into world music, Simpson’s Vodou: Songs of the Spirits was Rhythms Magazine’s World Music Album of the Year. It is in the roots music field that Kerri is really at home. Her 2003 award-winning blues and gospel album Sun Gonna Shine stayed in the Australian roots charts for nine weeks.

Kerri spent her formative years as a musician playing and writing in the US and Europe, Her blues albums are showcased on Chicago radio and receive regular airplay there. She recorded Confessin’ the Blues with a host of the country’s finest players. The CD received airplay in the US, Canada, Europe and Australia, and was nominated in the 1999 ARIA Awards. After the band’s showcase at the East Coast Blues and Roots Festival, Patrick Donovan from The Age dubbed Kerri “Australia’s Queen of blues” and the band “one of the country’s finest blues bands” their overall performance as a “highlight of the festival”.

Shortly after, Kerri supported Dr John and Keb Mo on their national tour. As a result of that release and her previous work in New Orleans, Kerri was invited to perform with Norman and Ricki Caesar, Jason and Aaron Neville Jnr at the 1999 Jazz and Heritage Festival, making Kerri one of the few Australians to appear at the prestigious festival, and the first Australian female to perform there.

In the 90s, her original rock albums inspired author and music critic Andrew Masterson to compare her to “Patti Smith with a glass of scotch in one hand”. She was featured alongside Beth Orton on Fritz Radio in Berlin when her The Arousing CD was their number one. Her dance records Higher and Kiss Her Goodbye saw her compared to Patti la Belle and Chaka Khan. They became popular on the London underground dance scene and she toured Australia supporting Kylie.