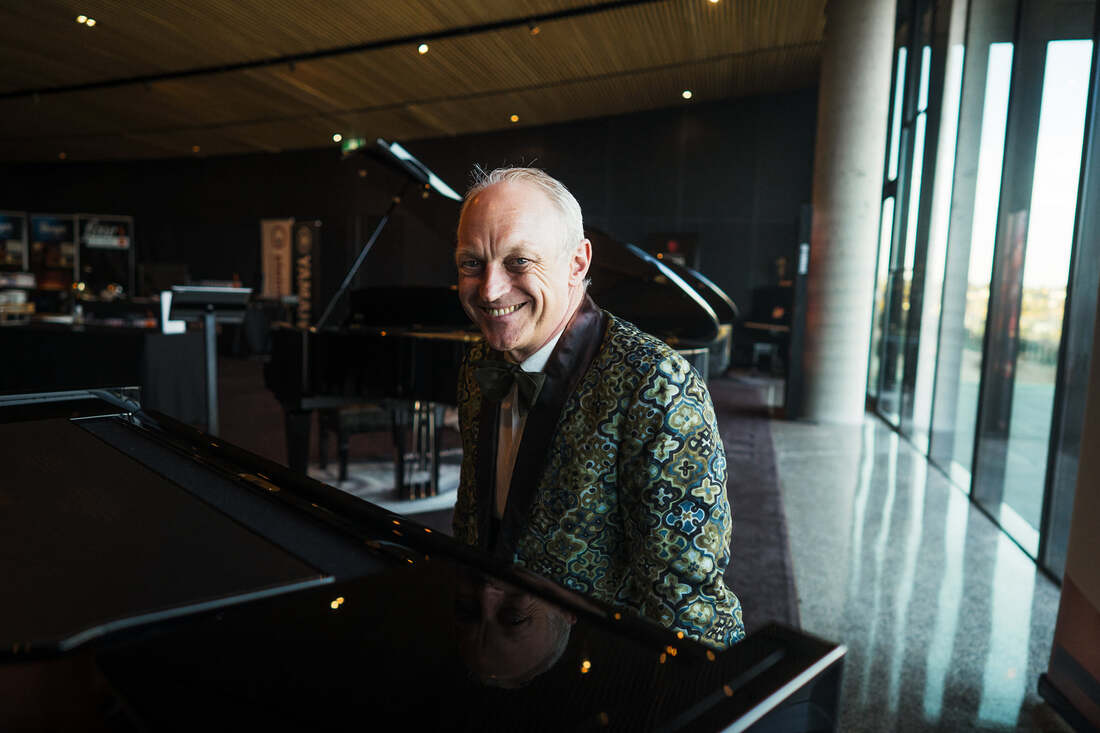 John Thorn is an award-winning composer, international cabaret performer and musical director. He has 15 Melbourne Green Room nominations (winning twice) and received the 2016 Green Award for “Contribution To Cabaret”.

John has an honours degree in composition from Melbourne University, writing in many styles and forms, including 5 musicals and countless scores for theatre and cabaret shows. His songs are performed around the world from solo artists to 1000 voiced choirs. He has toured internationally with his original one man show Background Boy (Edinburgh Festival, The Pheasantry London) and scored and accompanied Tom Flanagan's physical comedy show Kaput on multiple North American tours.

Other writing credits include 2 string quartets, compositions for Melbourne jazz bands Neo-Penguin, Miss Dorothy and his fools in love and John Thorn and The Roses and a collection of tangos Impro Tango. He has written for TV and film including the mini musical Saddam The Musical for the 2017 feature film Ali’s Wedding. John has been musical director for many leading Australian and International cabaret artists including Meow Meow, Bob Downe, Rhonda Burchmore, Barb Jungr (U.K), Le Gateau Chocolat (U.K), Caroline Nin (France), Amy Gordon (U.S) and was assistant musical director on the Australian/Hong Kong tour of Saturday Night Fever. He has recorded albums of original compositions and lounge arrangements of pop songs for the cabaret artist Pastel Vespa for the Spanish label Siesta.

He has an international reputation for his work in Improvised Theatre as accompanist and producer of Spontaneous Broadway (Sydney Opera House, Edinburgh Festival) and Random Musical, along with many years as the Theatresports musician (Victorian Arts Centre). His project Looking For Lawson, a collection of musical settings of poems from the great Australian poet Henry Lawson, has been described by Barry Humphries as “miraculous”.