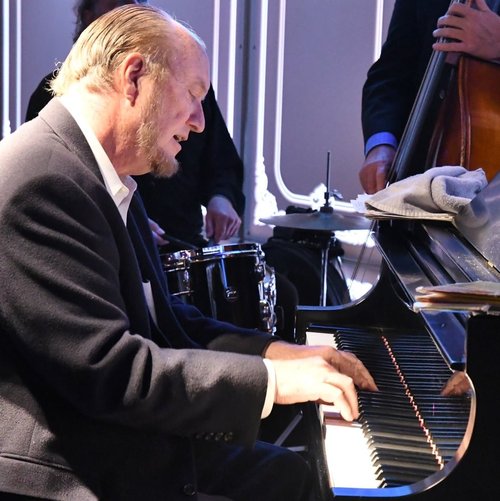 ORiGiN Music welcomes US musician and composer Garry Dial with his broad catalogue of compositions, arrangements and collaborations. Originating from Montclair, New Jersey, Garry began piano lessons aged 10 – inspired by Oscar Peterson – jazz was his music genre of choice and he was fortunate to have many great teachers and mentors during his education. A stint at the Berklee College Of Music inspired him further as did the great teacher Charlie Banacos. Opportunity to play with many great legendary players gave Garry amazing experiences and that furthered his career development. This included stints with Charli Persip’s Big Band, The Gerry Mulligan Big Band, The Mel Lewis Quartet, an extended stint with the late great Red Rodney-Ira Sullivan Quintet,  and the Joe Morello Quintet performing at the Blue Note in NY City.

Garry’s debut album under his own name came in 1987 with ‘Never Is Now’. In 1989 Garry was invited by James Morrison to come to Australia and be inspired to collaborate on a ‘concept’ album James was recording titled 'Postcards From Downunder'.

That album was James’ breakthrough album with cover graphics by Ken Done – a series of postcard images to match each work Garry, James and John Morrison had composed.
The compositions from that album and Ken Done’s ‘postcard’ images have now been reunited in a very special installation as part of the 2022 Sydney Vivid Festival.
vividsydney.com/event/light/for-sydney-with-love

Garry has also toured and collaborated in Europe with a variety of great musicians as well as participating in workshops in Italy, Austria, The Netherlands and elsewhere.

In 2015 Garry launched the Garry Dial Fund in conjunction with the Louis Armstrong Center for Music and Medicine at Mount Sinai West Hospital in New York City. The fund has enabled a full time music therapy program for radiation cancer patients. www.musicandmedicine.org

Despite the interruptions of the Covid period Garry Dial has continued to teach, arrange, compose and record new works. Recent recordings include a project based around compositions by his late great teacher Charlie Banacos and a big band album of rare Ellington tunes.