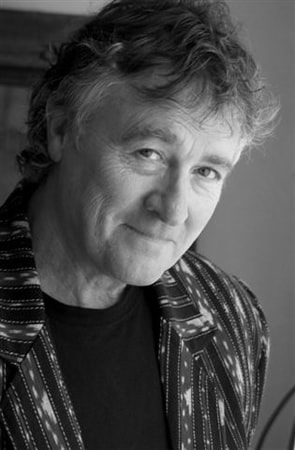 Dave Skinner was born in London in 1946 of an English father and Scottish mother, on the west coast of Scotland at Tarbert Loch Fyne and later the family settled in Mill Hill, north-west London in the early 50's.

Studying classical piano until the age of 18, self-taught on guitar, Dave started writing songs with school friend Andrew Rose and played round the folk music circuit in the London of 1965.

Famed manager and producer Andrew Oldham signed them to his Immediate label in 1966, initially recording a Jagger-Richard song with them  ̶  “Sittin’ on a Fence" which became a top 20 hit. There followed a string of self-penned singles and two studio albums supported by the cream of London's session players and produced by Oldham. Live gigs and T.V. shows in the U.K. and Europe followed.

The 70's saw David recording as a session keyboard player with various artists such as Bryan Ferry, Chris Rea, Maggie Bell, Phil Manzanera, Del Shannon, Amazing Blondel, as well as being a main writer and vocalist in two bands – Uncle Dog [with Carol Grimes] and Clancy. After touring with Phil Manzanera in the band 801, David joined Roxy Music and toured extensively through the U.K., Europe, Japan, America, Canada and finally Australia.

David made Sydney his base, moved from the road to the studio and started producing and writing songs for and with a variety of Australian and international artists including Long John Baldry, John Farnham, John Swan (aka Swanee), Marc Hunter, Ricky May, Judy Stone, Col Joye and former Staus Quo bass player Alan Lancaster.

In '83 David started to score and write themes for film and TV including mini-series, features and documentaries on a variety of subjects from action wildlife to media and corporate. David’s original scores are still active globally as are the hit songs he wrote with fellow ex-pat Jon Kennett including “One Step Away” on Farnham’s million+ selling Whispering Jack album and “Temporary Heartache” and “Lady What’s Your Name” for Swanee.